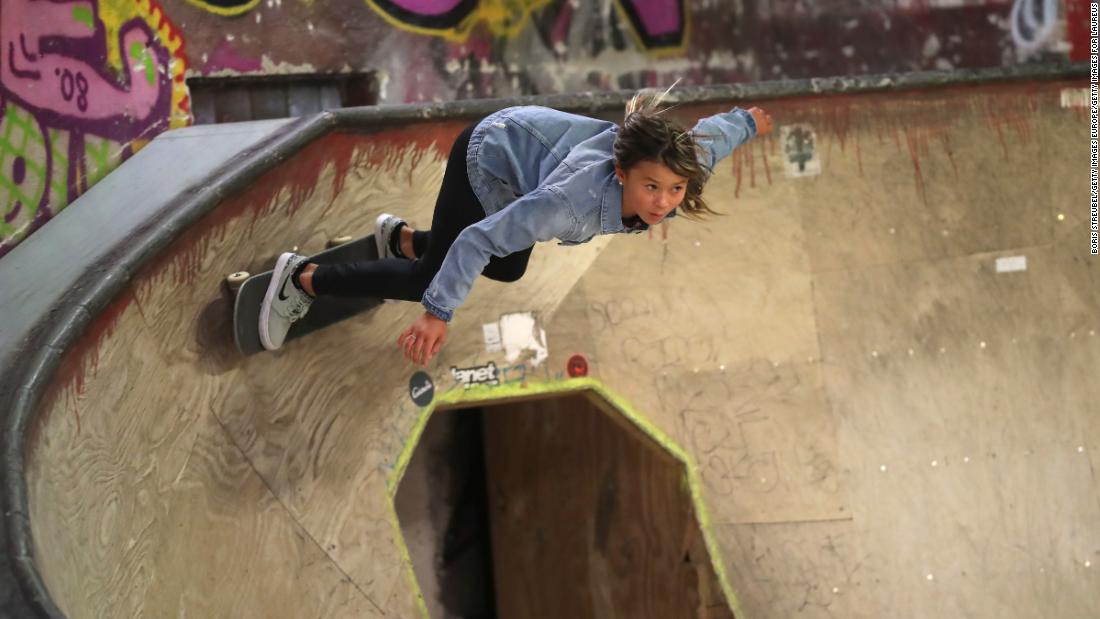 The 11-year-old posted a video on her Instagram and YouTube channel with a clip of her spill in California and an emotional message from her hospital bed.

The video shows Brown flying off the end of a half-pipe while traveling at high speed.

Lying next to a teddy bear and a pink shark in her hospital bed, Brown reassured her fans that, although she is battered and bruised, she was “excited to come back even stronger and even tougher.”

“I don’t usually post my falls or talk about them, because I want people to see the fun in what I do, but this was my worst fall, and I just want everyone to know that I’m OK,” Brown said in her video from hospital.

“It’s OK to fall sometimes. I’m just going to get back up and push even harder. I know there’s a lot going on in the world right now and I want everyone to know that whatever we do we’ve got to do it with love and happiness.”

‘Lucky to be alive’

Brown is targeting the Tokyo Games, which were postponed until 2021 because of the coronavirus pandemic, where the sport will make its Olympic debut.
After reportedly suffering skull fractures and broken bones in her left wrist and hand in her fall, she was taken to hospital by helicopter. The British Olympic team didn’t immediately respond to CNN’s request for comment.
Brown’s father, Stewart, told the BBC that she was “lucky to be alive” after her fall.
Visit CNN.com/sport for more news, features, and videos

“Sky landed head-first off a ramp on her hand,” Brown’s father said. “When she first came to hospital, everyone was fearful for her life.

“Sky had the gnarliest fall she’s ever had and is lucky to be alive. Sky remains positive and strong; the whole medical team is shocked to see her positivity.”

In the description of her video on YouTube, Brown said: “This was my worst fall yet. My helmet and arm saved my life. This will not stop me. I am going for gold in Tokyo 2021. Stay strong. Stay positive.”

Brown was born in Miyazaki, Japan. Her mother is Japanese, while her father is British.