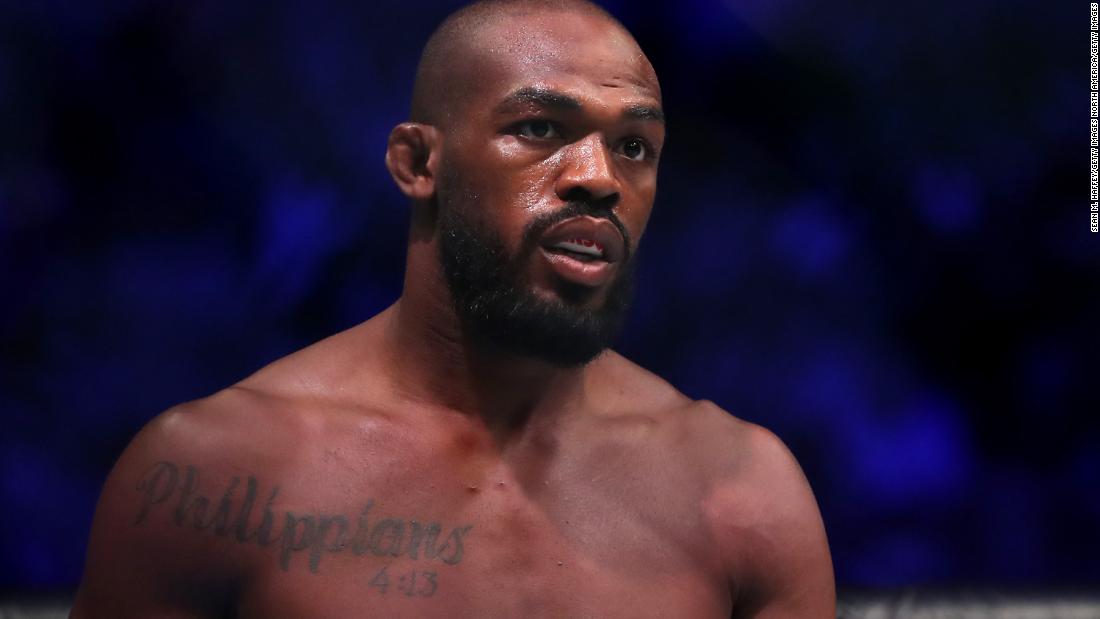 For the sixth consecutive night, demonstrators filled streets across the country to protest police brutality and the death of Floyd, an unarmed black man who died at the hands of a police officer in Minneapolis.

What started as peaceful protests have sometimes turned violent and Jones, who has called for justice for Floyd, was shown in a Sunday post making a dramatic intervention, taking spray cans away from two demonstrators in the UFC fighter’s adopted home of Albuquerque, New Mexico.

“Is this sh*t even about George Floyd anymore?!? Why the f**k are you punk a** teenagers destroying our cities!??,” wrote Jones on his official Instagram account to accompany the video.

“As a young black man trust me I’m frustrated as well but this is not the way, we are starting to make a bad situation worse.

“If you really got love for your city (505), protect your sh*t. All you old heads need to speak up, call your young family members and tell them to come home tonight.”

CNN has reached out to the UFC in order to get a statement from Jones but is yet to hear back.

Derek Chauvin, the former Minneapolis officer who was seen with his knee on Floyd’s neck was arrested and charged with third-degree murder and second-degree manslaughter but protesters say the charge isn’t harsh enough, and are demanding charges for the other officers involved.

Police arrested hundreds of people from across the country last night as protesters clashed with law enforcement.

Jones has been involved in a bitter feud with UFC president Dana White in recent days and has seemingly vacated his light heavyweight title.

The bitterness began over a dispute in pay with Jones arguing fighters were being undervalued.