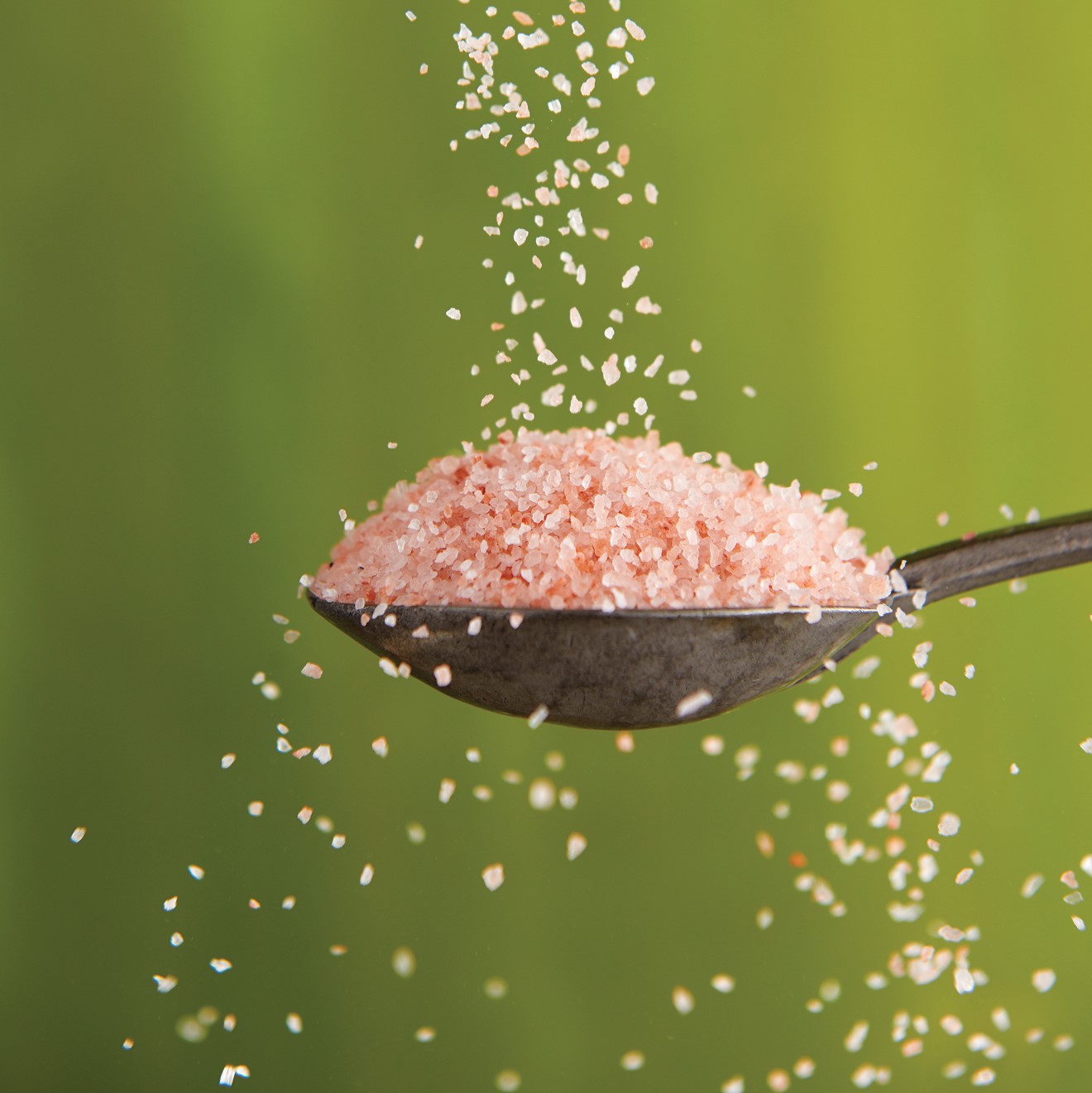 Suppliers and retailers seek unique varieties and blends to differentiate their offerings.

Retailers and suppliers of specialty and artisan salts are reaping the benefits of increasing consumer interest in the pedigree of the foods they eat.

Many of these salts tout their minimal processing and discreet place of origin, appealing to consumers seeking more natural foods overall. As the category has grown and consumers have become more knowledgeable about the nuances that distinguish various types of salt on the market, suppliers have expanded their offerings to include more colors, textures, and flavors.

“When we first started, it was a huge educational process for the customers,” says John Tarallo, founder of Pittsburgh’s Steel City Salt Co., a salt supplier that opened its first retail store about 18 months ago. “Not many people knew about salts, and the ones that did, didn’t know much. Now they are interested in the origins of products, and they are much more educated about salts.”

Tarallo launched Steel City in 2014 by offering a handful of imported specialty salts to restaurants, but he soon found strong consumer demand via an outdoor stand in Pittsburgh’s Strip District, a local food market. It led to the opening of the brick-and-mortar location. He is among the many suppliers and retailers in the industry that have seen consumer interest in gourmet and craft salts continue to expand.

Salt either comes from the ocean or from the mining of former ocean beds and can be processed in several ways. Artisanal salts are generally those that are considered to be crafted by hand using traditional methods. Fleur de sel, for example, is made by skimming the delicate salt flakes that float at the top of shallow coastal pools.

Although craft salts embody a range of subtle flavors and other qualities that affect how they interact with other foods, often the most sought-after attributes of many specialty salts are their color and texture. Colors can range from white to various shades of pink or red to black, depending on the trace minerals that are contained in the salt naturally, or how they are processed. Himalayan salt, for example, obtains its pink color naturally from its mineral content, while most black salts are mixed with activated charcoal.

Texture—especially crunchiness—has also become a more important attribute for consumers. “The finishing salts, especially the flaky and the very coarse salts, are becoming popular,” says Brett Cramer, co-founder of salt supplier The Spice Lab. “Texture is such a huge component in cooking, and a nice, crunchy salt takes it to the next level.”

Salts have slight taste differences that stem from the trace minerals in the water or the ground from which they are harvested and, as consumers learn about these variations, as well as how different salts affect the flavor of other foods, they are stepping up their demand for high-end, region-specific varieties.

“We are selling more quality products into more and more stores,” says Mark Bitterman, author of a comprehensive book about salt, and founder and CEO of The Meadow, which operates two specialty food stores in Portland, Ore., where it is based, and one each in New York and Tokyo. “I think the market has more ground to gain.”

“The most significant trend we are seeing is people continuing to see the power and importance of using great salt in every meal,” he says. “Craft salts were not always widely available in the U.S. The rest of the world uses good salt in everything. Why shouldn’t we?”

Some salts that were once considered specialty have become much more mainstream, says Cramer of The Spice Lab. Pink Himalayan salt, for example, has become so ubiquitous that it is no longer the novelty it was just a few years ago, although it is still prized for its color and its delicate flavor. “The customer is still buying it, and we’re selling more now than we did three years ago, but it’s available in thousands of different places,” he says. 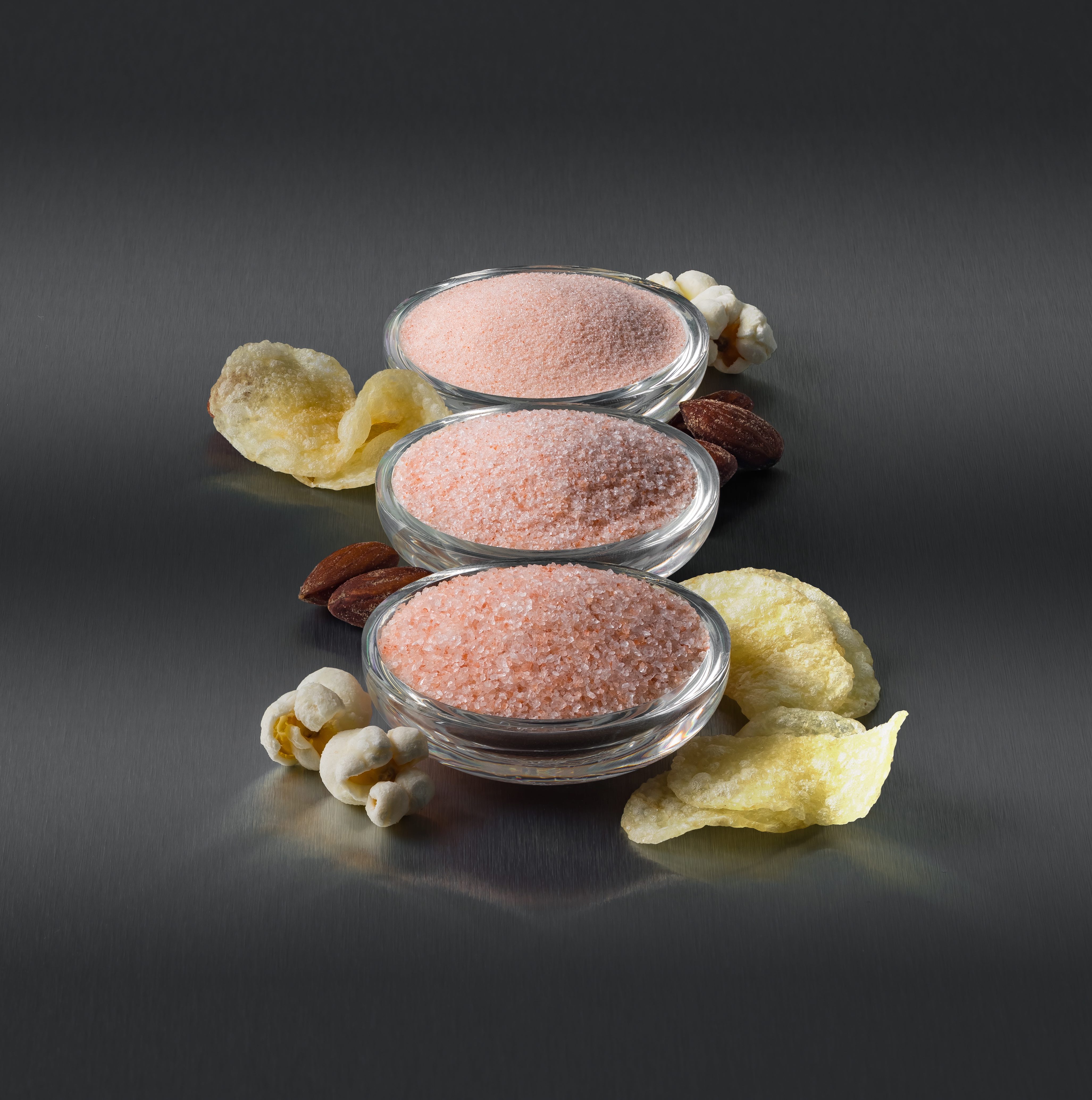 Instead, Cramer and other retailers and suppliers say they are seeing increasing interest in spice blends and rubs that incorporate gourmet or artisanal salts.

Tarallo says Steel City’s salt and spice blends—all of which he produces in-house—have become the dominant portion of his business. The company’s best seller is its Steeltown Garlic & Herb flavor, which is made using Himalayan salt.

One of the newer blends is Dill Pickle Salt, which is made using a Sicilian salt as a base and combined with dill and coriander. “It tastes just like a dill pickle, but it’s great for fries and popcorn,” among other uses, Tarallo says.

He says blends may be popular among consumers who are unsure about exactly how to use other gourmet or artisan salts. “People might say, ‘I could get this coarse Peruvian salt, but I’m nervous. Let’s try the Garlic and Herb first. It’s easier, I can put it on everything, and if I like that, I can try something else,’” Tarallo continues.

He is always on the lookout for unique salts from around the world, such as Sal de Gusano from Oaxaca, Mexico, which is ground with agave worms and roasted chilies, yielding a smoky and earthy flavor. The salt is particularly favored by drinkers of mescal. “It’s pretty difficult to find, but when they find it, they buy it up,” says Tarallo.

One of the growing parts of The Spice Lab’s business is creating custom blends for retailers to use in their prepared foods operations.

“We do custom blends specifically for [clients] so that their customer gets a blend that’s unique in the marketplace, and they love that,” Cramer says.

Jacobsen Salt Co. seeks to distinguish itself with an assortment of GMO-free seasoning blends, including Steak, Seafood, Taco, and Ramen varieties. Infused salts including Black Garlic, Rosemary, and Black Pepper are also among top sellers. This year, Jacobsen has more seasonings planned, as well as collaborations with other spice companies such as Diaspora Co., and Burlap & Barrel.

Cramer says many consumers have become accustomed to specialty salts having a particular hue and might not be aware that some of the best, most interesting salts on the market are actually white.

To gain more traction for his company’s less-colorful salts, he’s offering a fleur de sel from South America that he’s co-branding with celebrity chefs, including Curtis Stone and Wolfgang Puck. “When they say it’s good, people will buy it,” says Cramer. “If I say it’s good, who the heck is Brett saying this white stuff is any good?”

Mark Zoske, founder and CEO of gourmet salt producer SaltWorks, says he expects to see the demand for smoked and flavored salts—as well as flaky sea salt and pink Himalayan salt—continue to rise, especially as consumers seek out higher-quality ingredients. Flavor preferences in the coming years will lean toward savory, smoky, and umami flavors; bold and spicy flavors; and international flavors, he says.

CPG manufacturers are also making increasing use of specialty salts, he says. The company supplies brands such as Pipsnacks that are seeking high-quality, clean-label ingredients.

“We’re working with a lot of manufacturers who are looking to feature gourmet salt like Pink Himalayan Salt or a flaky sea salt in their products,” Zoske says. “Gourmet flavors like black garlic, truffle, and even ghost pepper are being used in everything from chocolates and nut mixes to popcorn and potato chips.”

Retailers should be ready to explain what differentiates their specialty and artisanal salts, while keeping in mind that their customers may be coming to the table armed with considerable knowledge already.

“It’s always been the consumer leading this [trend toward craft salts],” says Mark Bitterman, founder of The Meadow, a four-store specialty retailer known for its carefully curated salt selection. “Consumers are attuned with aligning the food that they buy, and cook with, with their values.”

He says he seeks to instill an air of discovery and learning in his stores that appeals to today’s curious shoppers. “We are focused on engaging with every customer we see, trying to respect people’s intelligence and the joy of discovery,” says Bitterman.

Ben Jacobsen, founder of craft salt producer Jacobsen Salt Co., agrees that retailers should be prepared to talk with customers about the origins of the salt, how it’s made, and why it’s special. As a practical matter, he suggests encouraging consumers to taste gourmet and artisanal salts by sampling salts sprinkled on a buttered baguette.

When it comes to merchandising, Mark Zoske, founder and CEO of gourmet salt supplier SaltWorks, suggests that retailers can drive incremental sales of specialty salts through seasonal cross-promotional opportunities. “For example, during the summer months or tailgating season, sales of smoked salts could increase if they were also promoted in the butcher section,” he says. “Similarly, flavored gourmet salts could be promoted during the holidays for everything from fancy cocktails to desserts.”

Some other examples of specialty salts appearing on menus in the past year include:

Specialty salts also add color and flavor to cocktails, such as:

Datassential’s research shows that nearly all varieties of specialty salts have been gaining penetration on restaurant menus. In the past year, only Himalayan salt saw a decrease in menu penetration, although it was up more than 300 percent in the last four years.

Mark Hamstra is a regular contributor to Specialty Food.