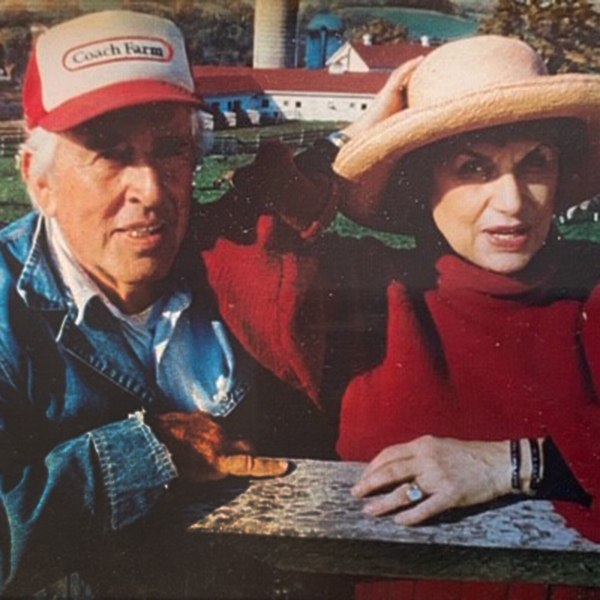 “Miles didn’t know much about farming when he started the farm,” says Phil Peeples, former farm manager. “But he was a quick learner.”

Miles Cahn, and his wife Lillian, started The Coach Dairy Goat Farm with just 200 young Alpine goats and 600 acres of land in Pine Plains, New York. The idea for the farm reportedly was the result of a dinner party Miles attended with French cheesemaker Marie-Claude Chaleix. After hearing her speak about her experience making cheese in the Bordeaux region of the country, Miles began to research building an operation of his own. He traveled the country, talked to other makers, and then began building the farm in 1984.

“My father had a romance with it,” says Susan Cahn, Miles and Lillian’s daughter. “A romance with the land, with the cheese. It was more of a romantic thing than a way to make money for him.”

Along with some help from Chaleix and Steve Jenkins of Fairway Market, the operation grew, at its largest, to 1,500 goats and 50 employees. In addition to making goat cheese and goat milk, the Cahns grew 1,000 acres of crops including hay, corn, oats, and soybeans, which were used to feed the animals. “My parents used to joke they had found a great way sell hay, since that’s what we were feeding the goats,” Susan says.

“The two of them made a ferocious team,” says Peeples. “She was into advertising and he was into production. She was the catalyst for all of the press; she loved showing off what they had done.”

Prior to Coach Farm, Miles and Lillian had founded the iconic Coach brand, which grew from a small men’s wallet manufacturer to a luxury fashion brand known for its handbags, from its founding in 1941 to when they sold it in 1985.

The Cahns sold the cheese business in 2006 when Miles retired at age 85, but the farm’s impact continues to be felt today. “When we started, everyone was saying, ‘Goat cheese! Yuck!” But when we sold the farm, everyone had some goat cheese in their fridge,” says Susan.

Lillian passed away in 2013 at age 89, and Miles died in 2017 at age 95. They are survived by their three children; Julie, David, and Susan; and five grandchildren.

Arielle Feger is a content associate for Specialty Food.