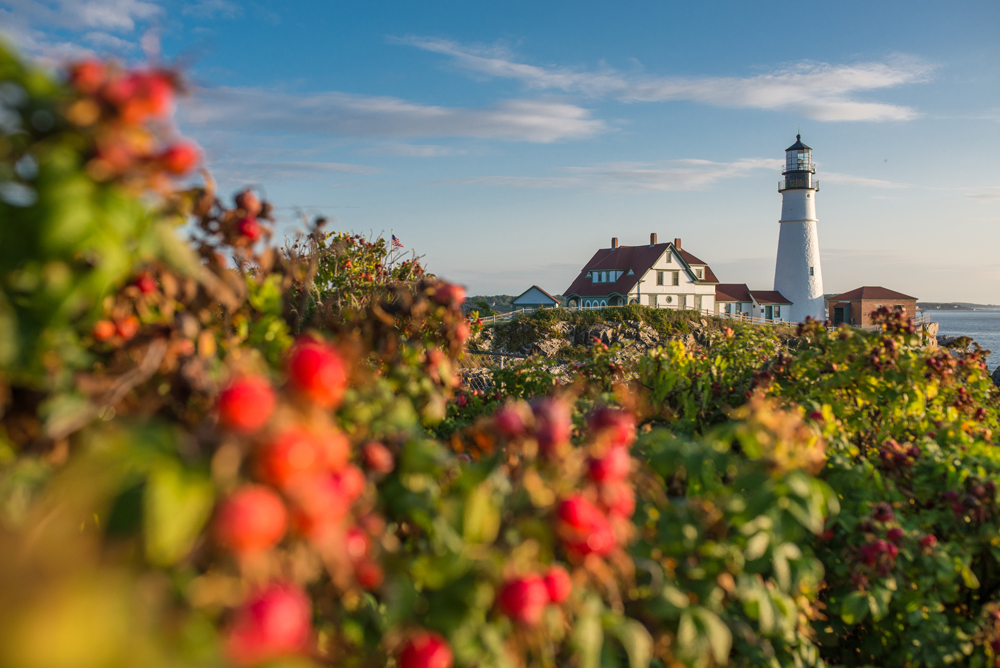 These new entrants are making a name for themselves on the national cheese scene.

Vermont is indisputably the epicenter of artisan cheesemaking in New England, but new creameries and cheeses are emerging from other states in the region as well. Leading East Coast retailers report that several new creations from New England are gaining traction in their cheese cases. Some of these notable wheels are from established producers, while others are from relative newcomers. If you pride yourself on staying on top of the national artisan cheese scene, you’ll want to follow these creameries:

And the creamery nailed both first and second places in the Camembert category, with its oozy Karlie’s Gratitude finishing just ahead of its Camembert. Tapping Reeve, a 15- to 17-pound wheel aged at least 16 months, marries alpine flavors with a crumbly cheddar texture. Marc Hernandez, cheese buyer for Formaggio Kitchen in Cambridge, Massachusetts, also commends the creamery’s washed-rind disk, Diva, describing it as “luscious” and “Taleggio-like.” 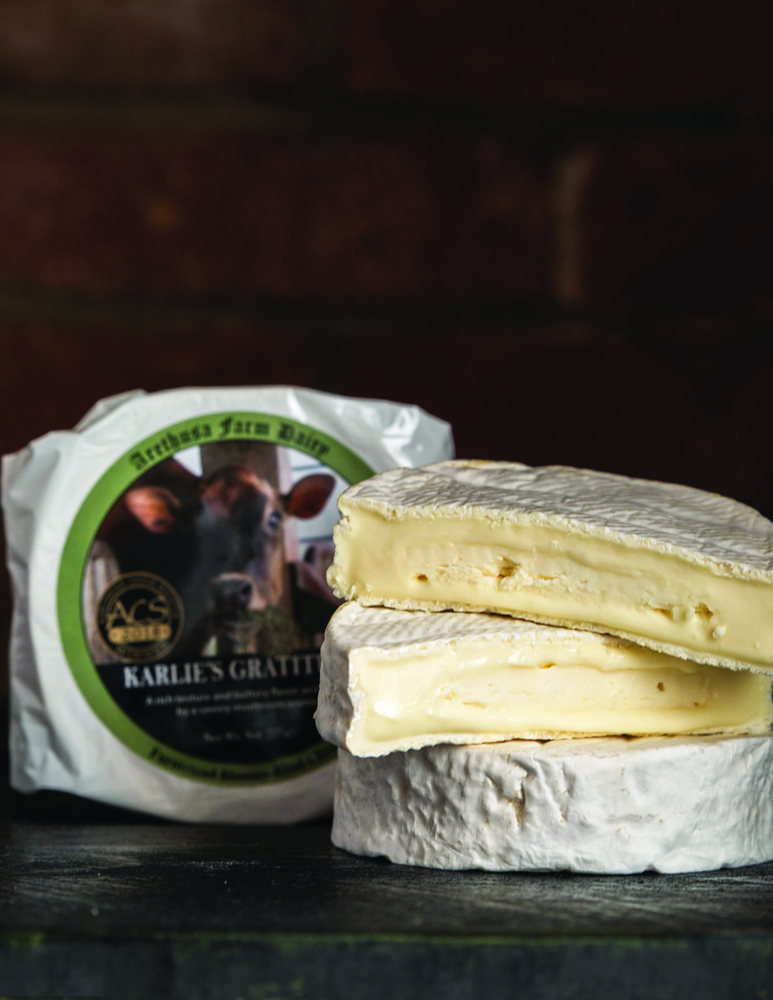 Cato Corner (Colchester, Connecticut) founder Liz MacAlister and her son, Mark Gillman, have been making farmstead cow’s milk cheeses for about 20 years. Retailers praise their dedication and have personal favorites from the Cato Corner repertoire. The extra-aged year-old Bloomsday is “not like anything we carry from Europe,” says Hernandez, who describes it as a hybrid, with the caramel crunch of a Gouda but the bite of a Cheddar. New York monger Anne Saxelby is a fan of the creamery’s Hooligan. “It’s uniquely pungent and still one of the best washed-rind cheeses made in the country,” says Saxelby, the influential proprietor of Saxelby Cheesemongers. The big news from this longtime raw-milk cheese producer: the owners are expanding their facility with the aim of developing some soft-ripened cheeses from pasteurized milk.

The Grey Barn (Chilmark, Massachusetts) is celebrating its 10th year of cheesemaking and releasing a new raw-milk washed-rind square, the aptly named Bon Anniversaire, to honor the milestone. 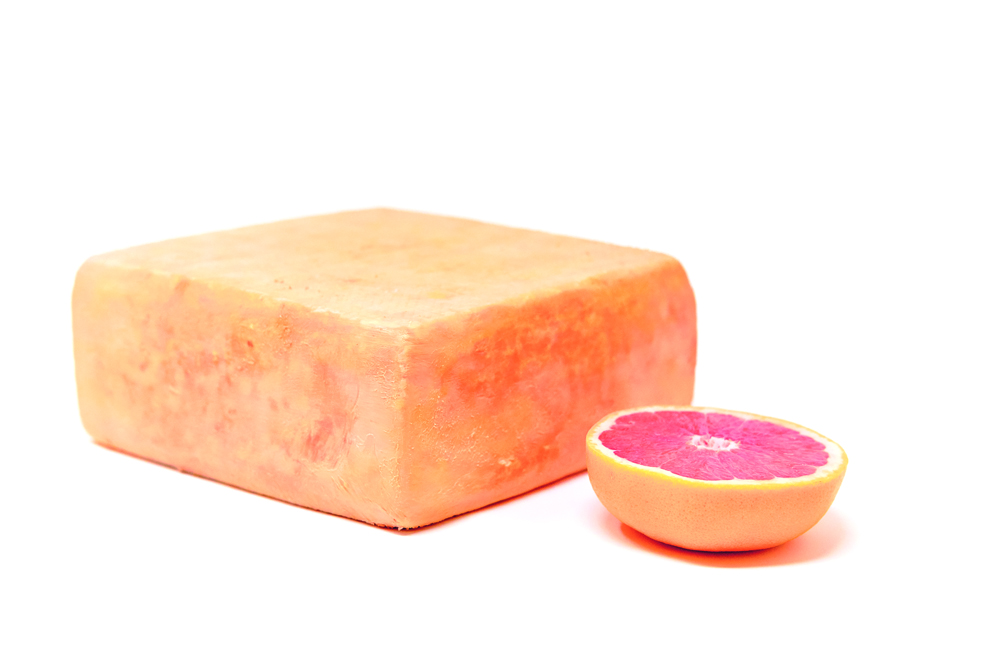 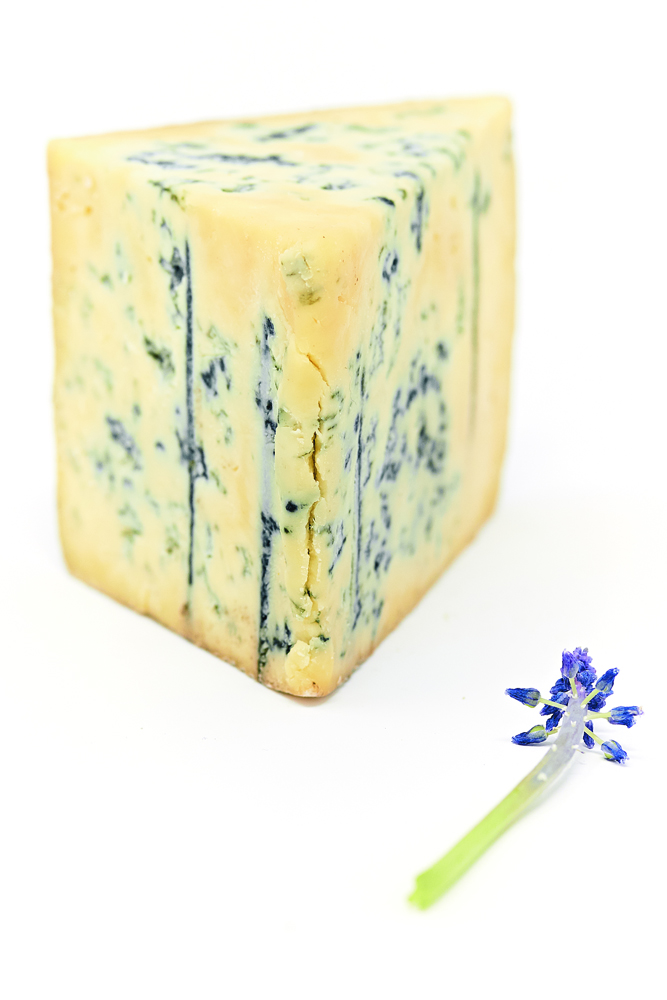 Jasper Hill Farm (Greensboro, Vermont) continues to innovate in its efforts to boost the region’s rural economy. Its latest project—in partnership with goat-husbandry experts Ryan Andrus and Annie Rowden—is Bridgman Hill Farm, a new goat farm and creamery on the site of a defunct cow dairy in neighboring Hardwick. The collaboration has yielded Jasper Hill’s first mixed-milk cheeses, using Jasper Hill cow’s milk and Bridgman Hill goat’s milk. Highlander, inspired by French and Swiss raclette, is off to an impressive start, winning its class at this year’s World Championship Cheese competition. “It’s an exciting cheese,” says Laura Downey of Fairfield Cheese Shop and Greenwich Cheese Shop in Connecticut. “There’s not a lot of raclette in general and to have something in mixed milk fills a nice spot in the cheese case. Plus, it’s raw milk.” Downey occasionally does raclette events in the shop and says customers who have enjoyed the version with Highlander are surprised it’s part goat’s milk.  “All our cheesemongers are super into this cheese,” reports Downey. “If you asked them their favorite, they would all say that.” 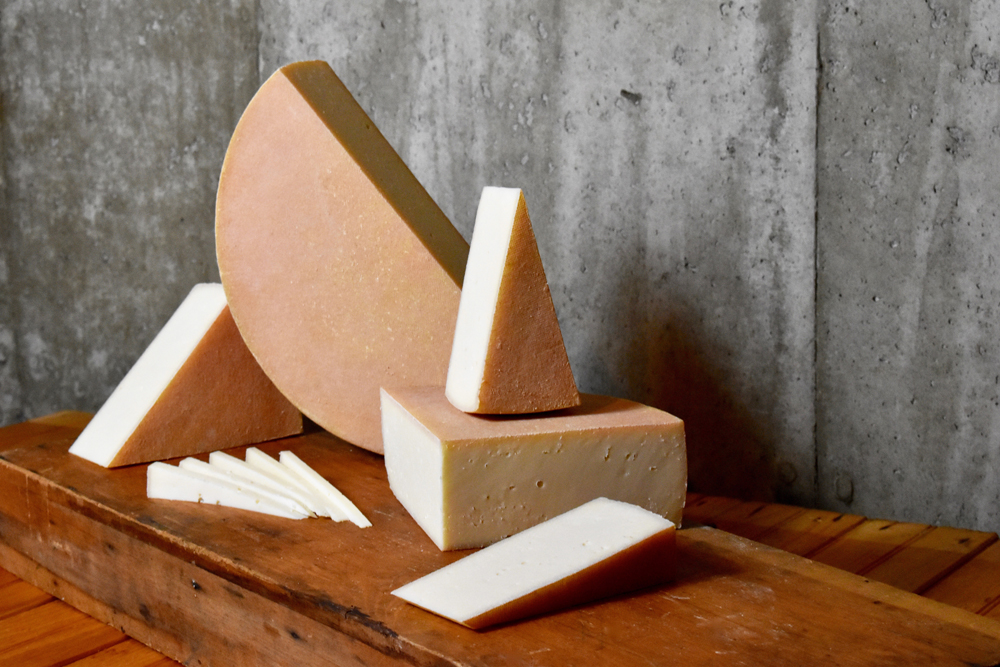 Downey’s customers are also embracing Eligo, a new mixed-milk Taleggio-style cheese from Jasper Hill with a pudgy texture and mild-to-medium flavor. Bridgman Blue, the third cheese from this partnership, is a raw, mixed-milk version of Jasper Hill’s popular Bayley Hazen. “We’ve been loving it,” says Hernandez. “It looks similar to Bayley Hazen but the flavor is more robust.” 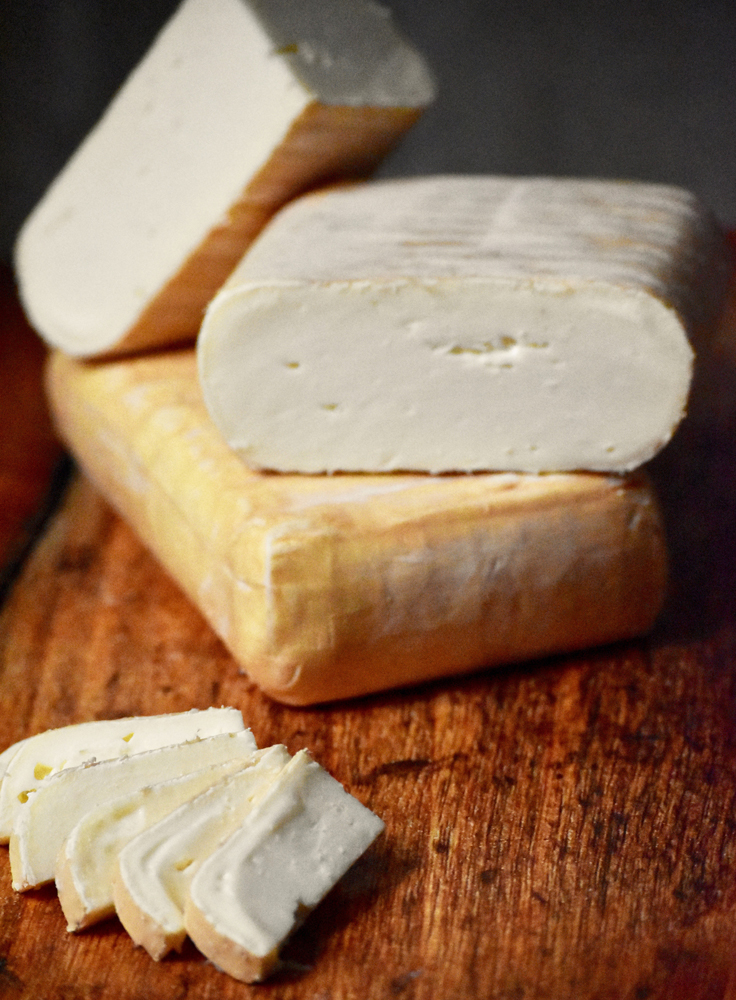 Mystic Creamery (Groton, Connecticut) is one of the newer kids on the block. Cheesemaker and part-owner Brian Civitello has a lengthy resume that includes stints in the Alps, in Italy making Parmigiano-Reggiano, and at Oregon’s Rogue Creamery, followed by a top management position at Calabro. With a partner he launched Mystic in 2013, operating from a modified shipping container on the farm that supplied his milk. Mystic’s success has allowed the partners to move to a much larger and more conventional facility and increase production.

“Brian is an amazing technical cheesemaker,” says Downey, “and Melinda Mae is our particular favorite. The rind is so good you want to eat it.” A 4 ½-pound bloomy-rind cow’s-milk square that Civitello describes as “somewhere between robiola and paglierina,” the cheese is buttery and supple, with aromas of cultured milk and mushroom—a true original. Downey is also enthusiastic about the creamery’s Sea Change, a 6 ½-pound Stracchino-style square with Penicillium roqueforti on the rind. 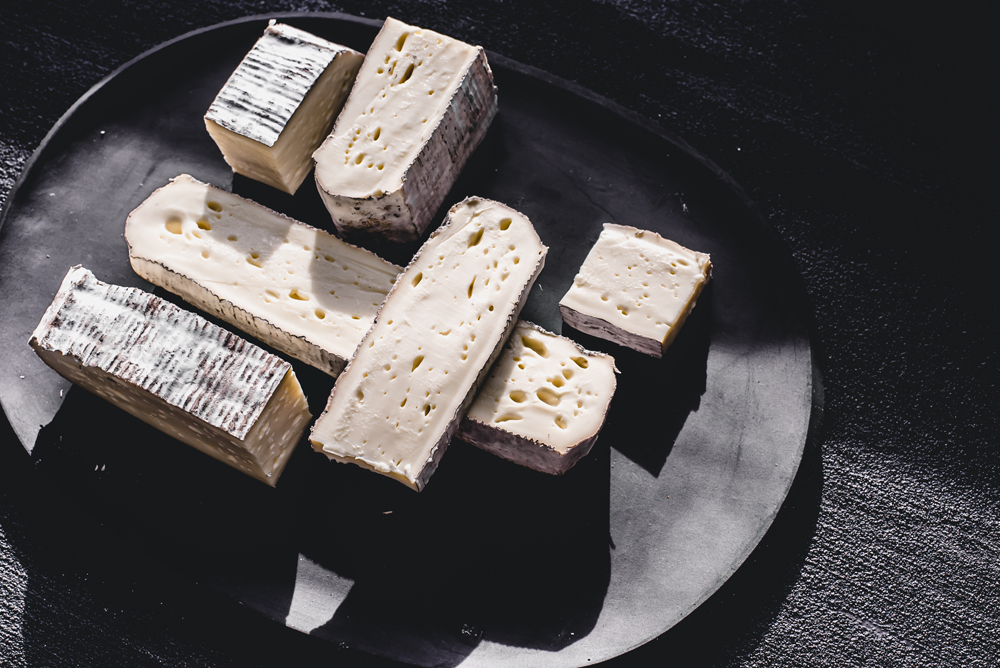 Parish Hill Creamery (Putney, Vermont) produces exclusively raw cow’s milk cheeses. Proprietors Peter Dixon, a longtime artisan-cheesemaking consultant, and wife Rachel Fritz Schaal oversee about 10 different cheeses, but Cornerstone is their most recent passion project. A thick 8-pound square with a natural rind, the cheese was cultured with native microflora, not a purchased culture, and encouraged to develop a wild rind over 9 to 12 months. The so-called Cornerstone Project involves two other creameries, who follow the same recipe as Parish Hill but with their own raw milk and cultures, to highlight the role that terroir plays in a cheese’s development. “We have cheesemongers who are into the geekiness of it all and love to talk about it,” says Downey. Parish Hill’s Cornerstone is described as firm and nutty, with a lactic tang. Hernandez also applauds Parish Hill’s West West Blue, a rich Gorgonzola-style wheel, and he credits Dixon and Fritz Schaal with helping mentor up-and-coming New England cheesemakers. Although the pace of new creamery openings may have slowed from a decade ago, New England remains a region hospitable to both traditionalists and innovators, a combination that bodes well for its cheesemaking future. 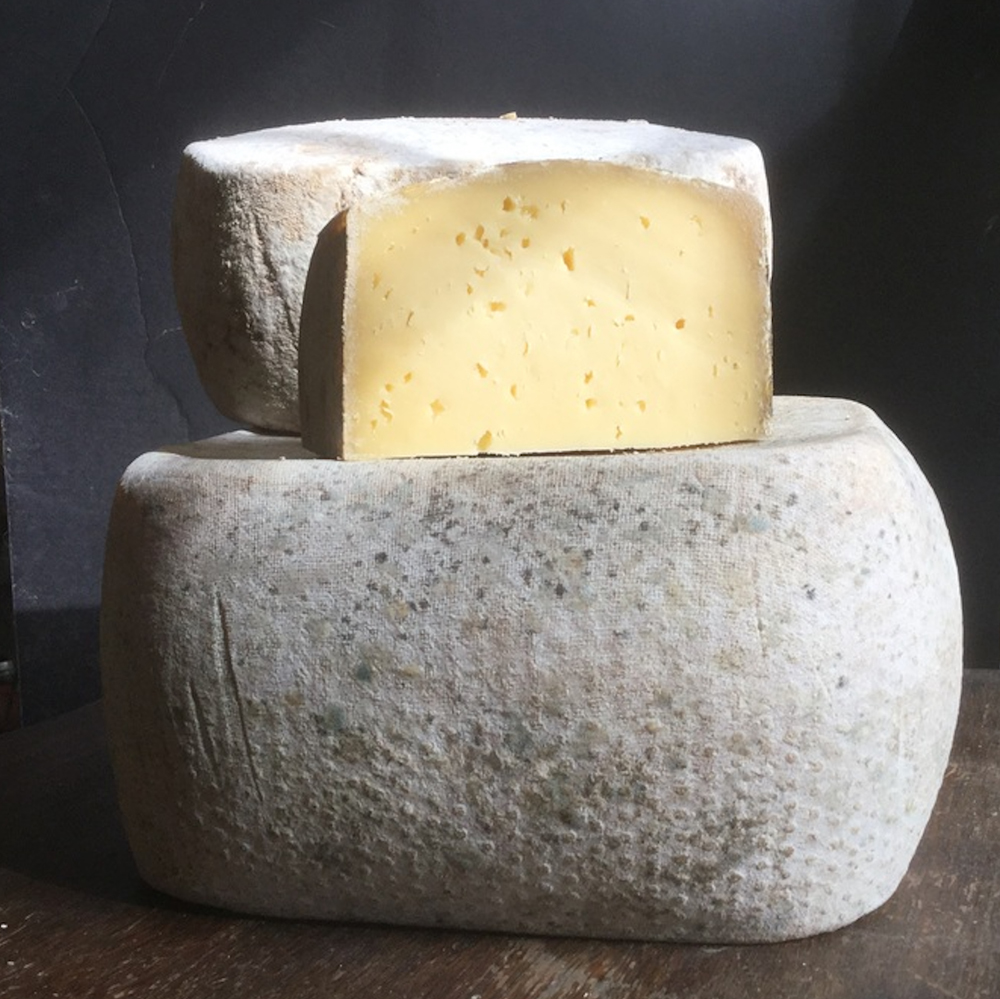 Janet Fletcher writes the email newsletter Planet Cheese and is the author of Cheese & Wine and Cheese & Beer.